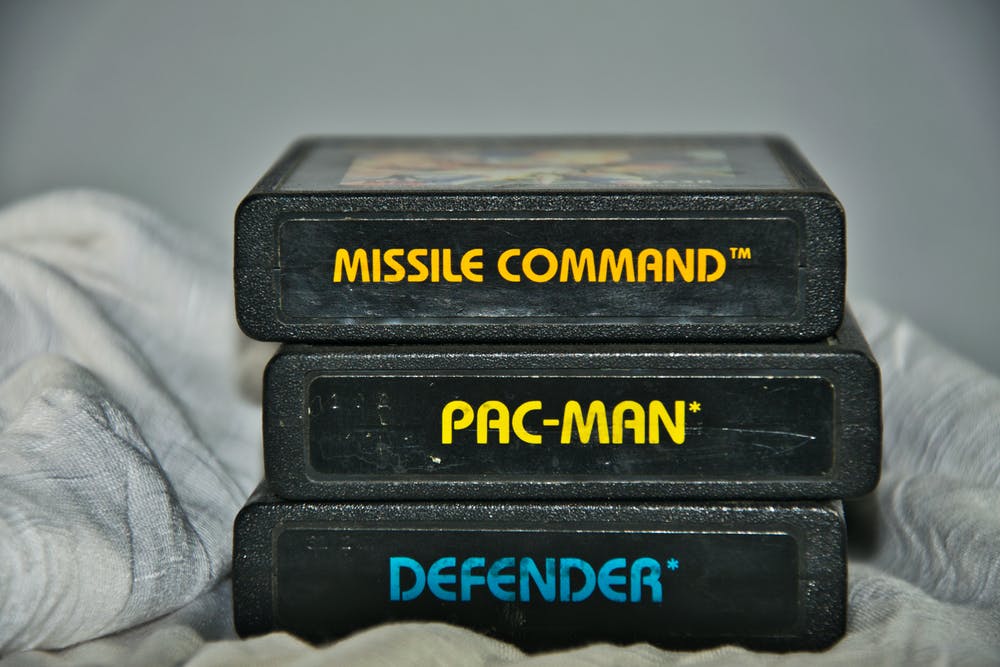 Today, gaming is part of everyday life. From the games we play on our phone just before we switch off the bedside lamp, to the multiplayer battles we enjoy on our favourite console or PC. It’s as though video games have been around forever, and to some youngsters it probably feels like that, but unless you are old enough to remember, it’s kind of cool to delve into the archives and explore the history of console games and video games to get a better appreciation for the technology at your fingertips today.

The first video games originated in the 1950’s and 1960’s when computer scientists created simple games on mainframe computers, these included British professor A.S. Douglas who created OXO a simple game of noughts and crosses as part of his dissertation, William Higinbotham who created a game of Tennis for Two in 1958 which ran on a large analogue computer for an annual visitors event at Brookhaven National Laboratory and Steve Russell, who in 1962 created Spacewar! It was the first video game that could be played on more than one computer installation.

The first video game console is credited to Ralph H. Baer, who created a brown box console that could be hooked up to any ordinary television set to play simple spot-based games including ping pong, tennis and volleyball. The device was licensed to Magnavox and made available to home consumers under the Odyssey brand in 1972.

It was around this time that Atari, famous for their arcade machine Pong, decided to market their game as a home console, which became available from 1975.

Later in this decade, text based games such as Adventure by Don Woods (first created by William Crowther) invited gamers to explore fantasy worlds in their imagination, led by the instructions on screen and paving the way for what would become a huge part of gaming today – role playing games.

In the late 1970s a familiar modern name emerged into the console games market – Nintendo. Their early consoles featured mainly Pong style games and were only available in Japan. Other notable advancements in the industry came at the end of the 1970’s and start of the 1980’s as the (what we now call retro classic) Space Invaders arcade game was released, Nintendo created their popular Donkey Kong and Microsoft released its first Flight Simulator game.

As we entered the 1980’s, arcade games were reaching their heyday and home consoles were becoming even more popular, despite a crash in the industry, particularly in the US in the early 80s driven by poor quality games and oversaturation of the games consoles market. Popular titles released in this decade included Pac-Man, Super Mario Bros and Tetris.  At the end of the 1980’s gaming on the go was made possible by the launch of the Nintendo Game Boy.  The seeds had also been sown this decade for multiplayer play thanks to Dan Bunten’s M.U.L.E.

In the 1990’s the gaming market really hotted up and we witnessed the start of the console wars – as Sega competed with the NES. Iconic games such as Sonic the Hedgehog, Street Fighter and Mortal Kombat characterised gaming in the early to mid 1990’s and in Doom, we saw the start of first person shooter games. Also to emerge this decade were the Sony Playstation console, real-time strategy gaming in Warcraft: Orcs and Humans and the launch of Sony Online Entertainment’s Everquest – an online multiplayer game where players are invited to join guilds, fight monsters and level up.

At the turn of the century, online gaming came to the forefront of the industry as customising characters and assuming a role became desirable features in games. New launches such as The Sims accelerated this popularity and as Valve released its digital distribution platform Steam in 2003, PC gamers could download, play and update games.  As the 2000’s motored on, the Nintendo DS superseded the Gameboy, the Playstation 2 became the best selling console of all time and high definition gaming was introduced with the launch of the Xbox 360, Playstation 3 and Nintendo Wii.

As flat screen televisions became more affordable and high definition gaming monitors continued to advance, console games of the 2010s had to keep up with the high definition graphics gamers demanded. Video game hardware allowed for resolutions of up to 4k (or 3840 x 2160 pixels) and improved texture mapping ensured that photorealistic graphics enhanced the gaming experience.

With ever evolving smartphones putting the power of gaming into everyone’s pocket, the handheld console market began to dwindle and led to innovation amongst the major gaming manufacturers such as Nintendo, who launched the Nintendo Switch – a hybrid console that works either as a console or a handheld device and is perfect for young and adult gamers alike.

As we step into the modern day, where cross platform gaming and cloud gaming are becoming the norm and even the ‘newbie’ gamers are concerned about their FPS (frames per second) rate, the console games market is set to continue innovating and delighting customers.  Whatever happens though, it is always worth taking a step into the past to find out more about the history of games consoles and video games because every game that you play now, and every platform that you play it on, has its roots somewhere in our eclectic and fascinating gaming history.

You can visit Hardy Games – an online retailer of video games and selected games consoles – to get up to date with the latest console games for platforms such as Xbox Series X/S, Playstation 4, PS5 and Nintendo Switch.